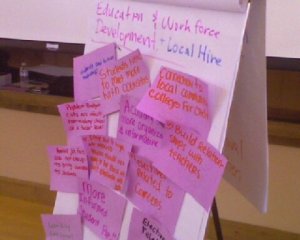 Making waves in the Gov 2.0 community today was a feature article from the Naples News regarding county legislators’ use of Facebook. Florida is well kn0wn for being one of the leading open records states and appears to be experiencing some schizophrenia in response to social media use by public officials.

Some officials are going with the flow and Facebooking up a storm. Others seem to have some misunderstandings about how certain services work (one official says his agency “doesn’t receive tweets,” an impossibility in Twitter’s architecture; another apparently asks friends to remove racy posts – though in Facebook it’s simple to delete something offensive posted by another to your digital wall).

The article summarizes a county counsel’s advice: avoid personal use; print everything; don’t friend a constituent who’s a friend with another member of your legislative body.

And beyond all the hand-wringing there is certainly an interest in following even low-level politicians on these social networks, as evidenced by the article’s running tally of how many Naples News staff are Facebook friends with each official.

Clearly, in a complex and litigious culture juggling concerns of privacy and public accountability/transparency, there’s a market for social media adepts to teach and serve government agencies and officials. Heck, even the POTUS is hiring a new archivist.

And while the county counsel cited above seems a bit too conservative and none too tech-savvy, the issue is hot. In context, public-interest dicusssions on private e-mail are still a bone of contention in records’ suits. Law offices around the country are working on electronic discovery issues, and social strategists are considering the implications of prima facie transparency that still allows for private communications (such as the Twitter direct message feature).

I guess this new age of transparency, collaboration, and two-way interaction between citizens and officials is going to keep the lawyers busy. Or can the social contract grow as fast as the technologies?

What do you think?

“10 ways to archive your tweets”