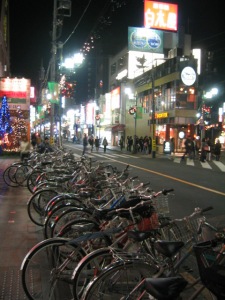 I’ve been doing a lot of research over the past several months about social media for governance. In that time, I’ve seen many efforts to reform government communications – some mediocre, some good, and some great. Using the wide-open Web in a government setting is a scary proposition for most, with the dual hurdles of complex bureaucracy and a senior leadership generally unimpressed by and uninitiated in social networking.

So, I want to take a moment here to praise the work of two gals making social media work in a governmental outreach setting:

Lovisa Williams, who I met in person on Monday in San Francisco, is a leader in Second Life and In Real Life. Not only is a she a constant encouragement to Gov 2.0 doers on Twitter, she’s active in virtual world cross-border community building and in developing social media policy and strategy for the U.S. State Dept. Lovisa, rock on! (I especially love that Lovisa’s a talker who actually gives me a run for my money :-).

Sarah Bourne, the chief social media strategist for the state of Massachusetts, has done great work establishing outreach posts and listening stations for state officials on social media sites. I also appreciate that Sarah and her state post their policies openly in an easily replicable form. For example, here’s how the Mass. Attorney General uses Twitter:

These two daring ladies are hardly alone. Who are your favorite Gov 2.0 doers?

5 thoughts on “Calling Out a Couple of Gov 2.0 Social Media Rockstars”