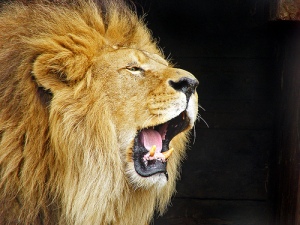 The folks who really stay on top of the professional networking site LinkedIn call themselves LIONs, for “LinkedIn Open Networkers.” They have a somewhat confusing practice of accepting any and all connections. You can see what they’re up to here.

I do have some of them in my networks, and I’m connected at the site directly to maybe a hundred people who I don’t personally know. I use LinkedIn mostly as a way to have my resume and recommendations out in public, sort of as a soft lead source. I also try to help friends connect to friends of my friends on jobs, and I sometimes pass job leads directly through status updates. My understanding is this is the general way most people use the system.

I’ve also become a fairly active group user, linking to people with shared interests and participating on discussions about things like the best databases for performing background checks.

How to handle LIONs in groups seems to be a bit of a conundrum for LinkedIn and its users. I recently accepted an open invite to a leadership networking group, only to have the administrator complain to me privately and take down a introductory posting I put up. Seems that many of the groups are clogged with discussions based on open networks aggressively promoting themselves. How to deal with that, indeed.

And perhaps the most obnoxious (or simply clueless) thing I’ve seen in groups is people promoting their services within a group of people who all provide exactly the same services. That seems really counter productive.

My recommendation: if you’ve got an open membership group on LinkedIn and want to have some kind of rules, create a discussion about those rules and make sure that discussion stays near the top of the front page by frequently bumping it up. Have one thread for introductions, one thread for job leads, and stop it there. And if you don’t do this, don’t complain or don’t have a group.

Do you use LinkedIn? Do you manage a group? What kind of problems have you seen, and are they addressed at all by my thoughts? If not, what would you do differently?

(photo by Tambako the Jaguar)

3 thoughts on “LinkedIn (What is it Good For?)”